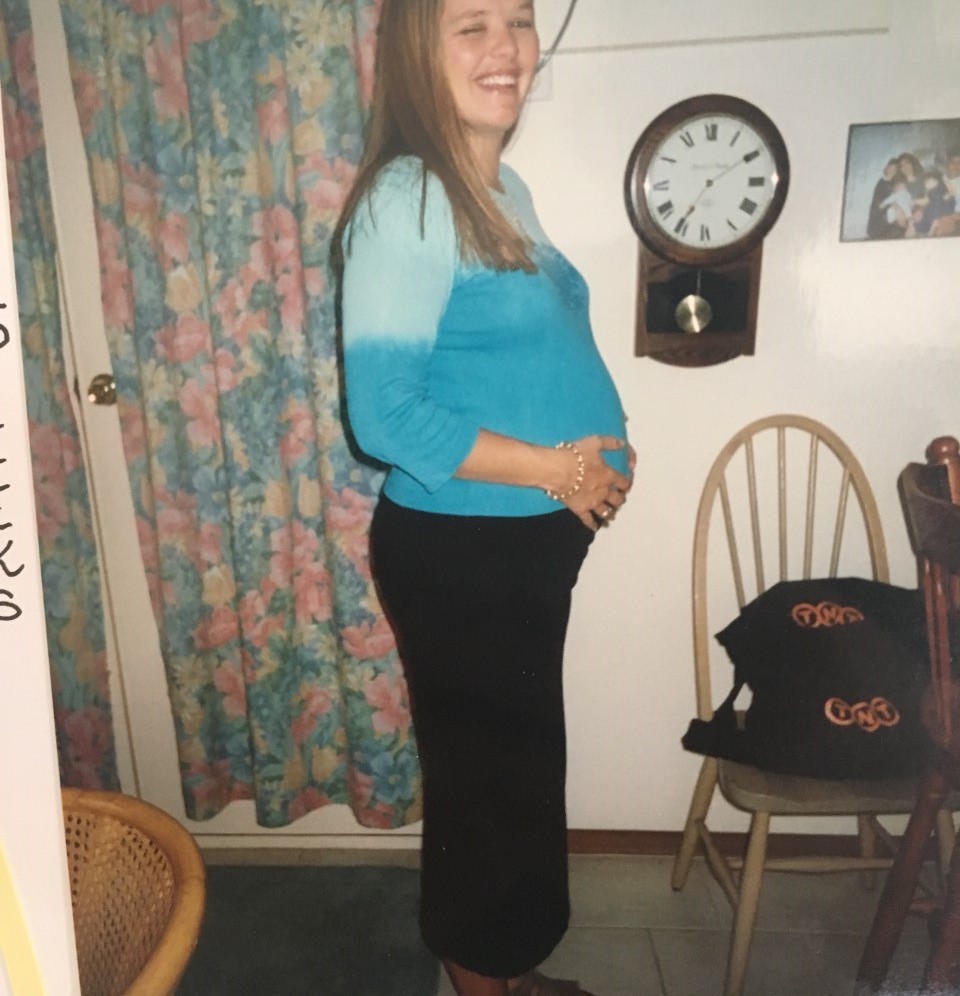 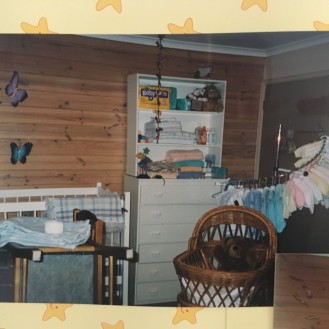 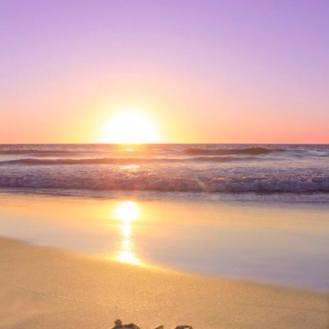 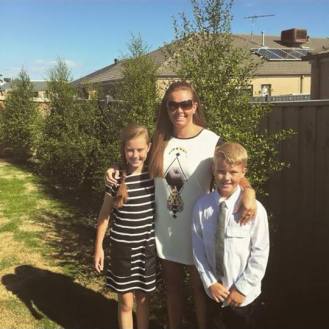 I was 22 when I first found out I was pregnant with Ethan I was actually on the pill.  I was very young and it wasn’t planned, it was a bit of a shock but a really welcome shock.  From a really young age all I really wanted to do was settle down, have a family and get married. I had no aspirations to travel or anything like that.  I was straight into preparations for him, so was my Nan, she was a knitter and was constantly knitting.  I was really excited I did up my own cot, I think I had the nursery set up within the first month of knowing.

It’s funny being so young and pretty naïve back then I didn’t know anyone who had lost a baby.   In my first trimester though I was so anxious and so worried something was wrong that I took myself into the hospital on two or three occasions.  I knew something was wrong with him and they kept brushing me off every time.  When I had my 20-week scan that’s when they figured out that he had an abnormality called gastroschisis. I just remember that being the most surreal moment it was really terrifying.  They told us that he would need an operation within 24 hours of life.  At 37 weeks during one of my appointments in Geelong they noticed his heart rate was a bit ratty and they wanted me to go to Melbourne.  I went home packed a bag, lost my shit and went straight to the Royal Women’s.

They induced me at 4.30pm in the afternoon. I went into labour so hard and Ethan was born by 9.41pm that night.  Basically, my labour was two hours and 41 minutes.  I never heard him cry and it just was panic zone straight away.  They were working on him, they gave him the adrenalin, they did everything they pretty much could.  I actually, instantly the minute he was born, went into shock.  I was just numb it was like I left my body and was watching everything unfold.  I couldn’t even speak, nothing. I remember one of the young midwives she must have been a trainee, just fall on her knees and start crying.  That’s when it hit me, this isn’t good.  He wasn’t born alive but had a heart rate the whole way through labour.

I remember a big lady nurse sort of coming up and holding my hand beside the bed and she just apologised to me.   She said I’m so sorry we’ve been working on him for ten minutes at this stage he would have severe brain damage and we need your ok to stop.  I think Luke my partner made that call, I’m pretty sure he did because I was just numb.  It must’ve been within the hour that both our parents and Luke’s brother turned up, all of a sudden they were all in the room.  I refused to hold him.  I couldn’t because I didn’t want to believe it, Mum was the first one to and she just fell apart.  That’s when I felt like I woke up and the reality hit when she started to really cry, then I wanted him. I remember still being in a state of shock. I sort of stayed in that state for a very, very long time.  It was later on down the track with the autopsy that we found out there were other issues.   We had to wait weeks for answers but they found tiny fragments of brain tissue that had showered through his heart and lungs.   It blocked the valves to his heart and he had a heart attack.

I left that night back home to Ocean Grove, I was so terrified of staying by myself so I left.  That’s one of my biggest regrets to this day, not having that time with Ethan.  The part that always breaks my heart. I was so scared and didn’t want to be alone, I’ll never forget leaving him in the room, walking out and just sort of looking back through the crack of the door thinking this isn’t happening.  Waking up the next morning thinking did that just happen?  I wish someone had of said to me you can take him home with you, bath him, you can do whatever you want between now and the funeral.  I have so many regrets in the way that I handled those moments because I was so young and I didn’t have people around me that had experience with that.

It was about six months before I started packing things up, that was heart wrenching all the things we’d been brought by family.  I left the nursery for a very long time.  I found getting back into life really hard, it was like life just has to go back to normal.  I was meant to have a baby at home but I didn’t, I locked myself away for a long time and didn’t go back to work, didn’t socialise. I spent a lot of my time out at the cemetery, I used to go and sit on the grass with him and have lunch and a coffee and write in my diary. I felt closest to him when I was out there.  I went back to work after about six months.  I was waitressing at night and used to think I shouldn’t be here, I should be at home with my baby. I remember someone saying to me oh you’ve had your baby and having to explain to them what happened, it was awful.  There was a girl due the same time as me and I remember driving to the super market and she’d be walking with the pram, it would rip my heart out.  I wanted to have another baby straight away, I was desperate to have that baby in my arms.  I did get pregnant and had a miscarriage at 12 weeks and that was a kick in the guts.  That was just devastating then I really started to doubt myself as a woman, thinking I can’t do this what’s wrong with me and what have I done so wrong.

Then Sophie came along.  We found out she was a girl which eased my anxiety because I was thinking if it was another boy I wanted him to still be Ethan and not replace him.  Ethan was born February 28th 2002 and Sophie was born May 8th 2003.  It took the whole shine off pregnancy I was a nervous wreck the whole time.  I had a caesarean with her and she needed to go to special care straight away.  They really didn’t understand how important it was for me to have that baby in my arms. It was 24 hours easy before I got to see her and I was beside myself nobody understood. I couldn’t get out of bed because I was in so much pain and in the end, I had this beautiful nurse who decided to wheel me down in my bed and I got to see her.  Everyone was wrapped when Sophie came along I also felt like some people thought ok now you’ve got Sophie you’re ok we can get on with it.  It wasn’t like that for me, Ethan was still there.

After I had Sophie I became a doula.  I was hired out privately and attended heaps of births which was amazing.  I was looking after these women during their whole pregnancy and I was there from beginning to end.  The most rewarding job that anyone could have is to watch life unfold before your eyes.  Having gone through my own personal experience I just knew how miraculous and special that time was.  Luckily I never had to support someone going through a still birth and felt only joy, no sadness whatsoever.   Then I got pregnant with Sonni and found out he was a boy.  When he was born, I got to hear him cry and hold him, it was completely different.  I know this might sound crazy but I honestly believe part of Ethan’s spirit has come back through Sonni.  Sonni has said it himself, he said he thinks Ethan lives his life through he’s body and I thought that was gorgeous.  Ever since he came along I just don’t feel that connection at the cemetery anymore.  We’re all a bit warped in the head the way we deal with things.

When people ask me how many children I have the majority of the time I say two.  When I say that my heart aches because I feel like I’m not acknowledging Ethan but it’s just easier sometimes to do that.  Every year his birthday is celebrated.   We make a big deal out of it me and the kids go to the cemetery and write messages on balloons and let them off.  It’s different every year but he’s definitely remembered and part of the family.  I’m more than happy to talk about him, some people do feel a bit uncomfortable but he was a person, ten fingers, ten toes, a heart-beat.   He was a little person and was perfect in every way.

Before I had kids, I was really chilled out and happy go lucky and it completely changed me.  I suffer from really bad anxiety and I think it’s all from that.  It was only a few years ago that they diagnosed me with post-traumatic stress.  I remember some people saying it’s all right you’ll have another baby but it doesn’t fix it.  When people would say, you’ll be right, I was like no worries.  It makes my heart sing now when people bring his name up or talk about him because he’s remembered.  That’s what I’ve tried to do all these years so he’s not forgotten, he was very much part of our family and always will be.